ONCE UPON A TIME IN TIBET / Xi Wang Wang Shi 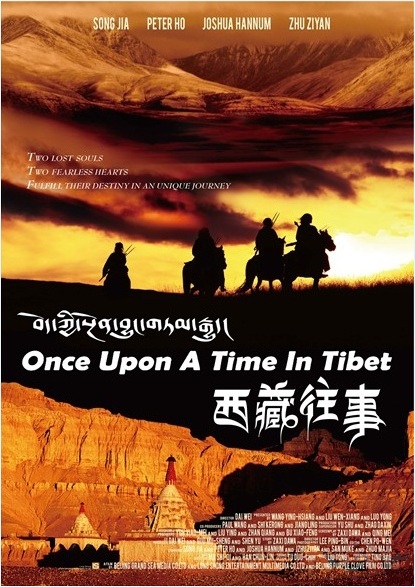 Taiwanese star Peter Ho breaks away from his clean-cut sunshine boy image to play a tough Tibetan hunter in this historical flick. The actor got a suntan to better portray his character, but he still required cosmetics to make him darker like a Tibetan.

The on-location shoot was notoriously challenging as consecutive rainy days in the area disabled Ho's solar water heater, so the actor could take only three baths within half a month, the report said.

The film centers on the U.S. Army's delivery of supplies to China by flying over the Himalayas during the Chinese people's war against Japanese aggression (1937-1945), and a love story involving an American pilot named Robert and a young Tibetan woman who saves his life after his airplane crashes
credit: asian fanatics forum